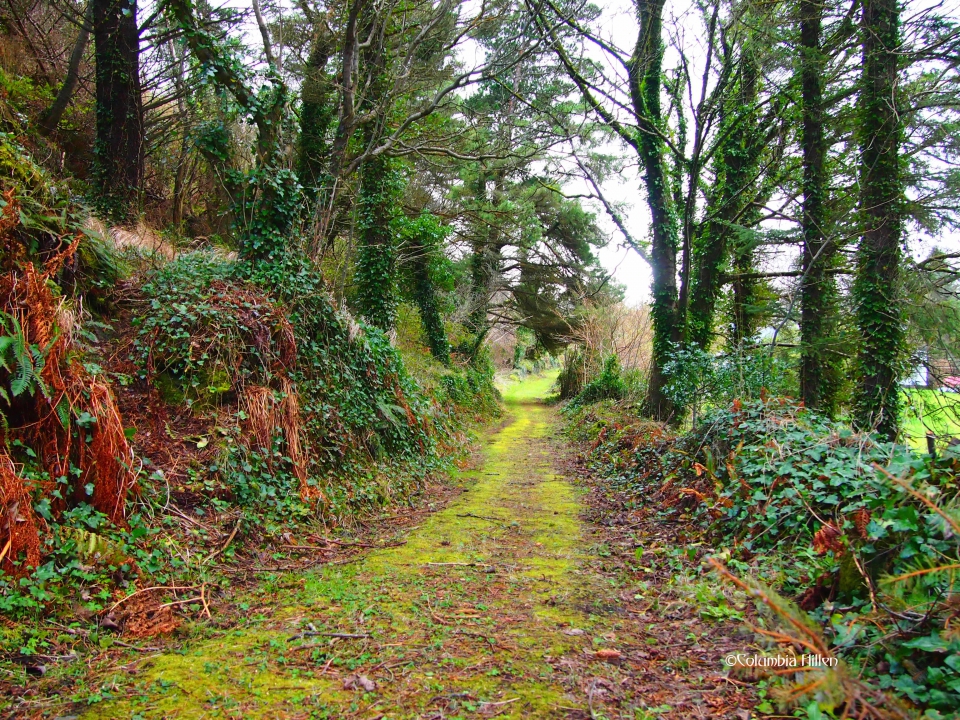      March 27, 2014 Flesh-eating plants, soaring eagles and Pagan wishing stones – these are just some of the natural and historical wonders awaiting walkers out for a hike in the hills of Donegal, on the newly launched Wild Atlantic Way, with avid and informed guide, Seamus Doohan. An electrical contractor, the 48-year-old became fascinated by the immense diversity of natural and anthropological features around him in his native Gaeltacht area of Cloughaneely after he had participated in a sports endurance charity event for cancer victims three years ago.

He decided to study the local flora, fauna and history in greater depth and to launch a guided walks and navigation service as an added attraction for visiting tourists and for local people. So far, he has taken several hundred people on tours, including visitors from countries as diverse as Italy, the US and Japan, as well as special walks with the Errigal Arts Festival and for schools. “We are spoiled for landscape choice in west Donegal, with such a wealth of intricate and colourful plant species and a fascinating history dating back to the time of primitive man and Pagan worship, not to mention the Christian era that came afterwards,” he said. “There is something mysterious and magnetic about the mountains around us here, with so many routes for walkers of all ages and aspirations.” Seamus’s walks, which include forest, island, hill and beach, range in duration from one to five hours and are graded 1 through 5 in terms of difficulty, from flat terrain to challenging gradients.

They traverse places such as Horn Head, Ards Forest Park, Sli an Earagail, Dunlewey Glen, Tory, Innisboffin and Arranmore, as well as the Joey Glover Challenge, a walk from Muckish to Errigal “taking in all the mountains in between.” Halting momentarily on the way up rolling fields to Lough Altan near Errigal, Seamus suddenly bends down and parts some blades of grass to reveal a tiny plant with a vivid red head. ‘Devil’s matchstick, or cladonia cristatella,” he says, then points a few feet away. “And over there, some Devil’s chalices.” Running his fingers over a spread of soft moss, he adds, “Sphagnum. During the First World War there was a shortage of bandages and they used these to stem the flow of blood from wounds. But there are a hundred other varieties.” He swings round on his hunkers to gaze at a small plant with what looks like a set of animal horns on top. “Staghorn moss. There are many varieties of mosses, including club and fern. Over there you’ll see bell and ling heather. You can dry their flowers and make healthy herbal teas out of them.” Turning again, his eyes searching closely, he adds, “There’s some tormentil flowers. They’re yellow in summer, and can be used as natural antiseptic to ease toothaches. And there, sundew plants. They’re carnivorous, the glands on their leaves emit a sticky gel to traps insects. They then eat them to supplement the poor mineral nutrition of the soil in which they grow.” Further along, by the side of an old pony and cart track used more than a hundred years ago to get to Altan Farm, he stops again, this time beside a strange rock formation that resembles the open pages of a book. “I call this ‘leabhar cloch Cholm Ciolle’ (Colmcille’s book of stone). It’s believed the monk, who would have wandered around these hills, secretly copied a mysterious text. Who knows? This could be it – magically petrified.”

Below the hill in the sunshine, the ruins of a once sturdy, castle-like structure stands at the head of the lough still defying the elements while high above two eagles glide effortlessly looking for unwary prey. Later, up a steep hill behind Gortahork, Seamus, who is secretary and training officer of the North West Mountaineering Club, points to two round indentations carved out of bare stone, resembling an alien’s head. “Cup or ring marks, prehistoric art, sometimes known as wishing stones in Pagan times,” he says. “Supposedly the water that gathers in them heals warts, thus the Gaeilge name, Tober na bhFáithní (the Wart Stone). ” Out at Ray, he stops at a ruined church and fields beyond, “This place is known as ‘Lag na gCnámh,’ the resting place of bones, after a massacre that occurred here in the 17th century. No-one knows exactly where the bodies are,” he says solemnly. In a hillside graveyard outside Falcarragh, Seamus stands in the wind and rain gazing east, “Amazing to think that druids long ago stood right here with this amphitheater of hills in front of them and prayed to the gods of Nature.”   