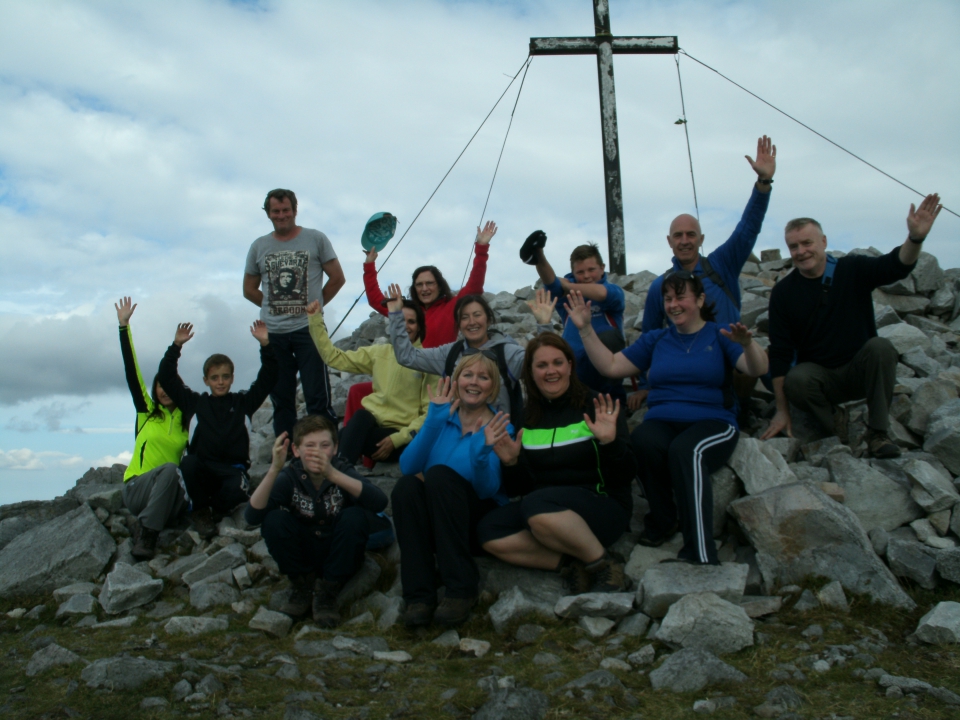 Muckish is 666 mts above sea level with 360* views,  it is known as one of the seven sisters and the 1st mountain to tick off your sheet when you are doing the Glover Challenge.

This table top mountain has much in common with Benbulben in sligo with its steep sides and a wide pleateau of a summit. The Irish name is An Mhucais which means the pig’s back.

Muckish is not only known as a landmark, as it is also famous for the quarrying of silica sand that was used in the making of glass.

There are two main routes up to the summit, one is from the grotto on the Falcarragh side at a place called Gleannaneor, which is not far from the Bridge of Tears, which was the turning point for families as the bade farewell to their children as they emigrated from this part of the North West of Donegal. The other main route is called the Miners Path, which was made and used by the miners as they worked on this famous Mountain,