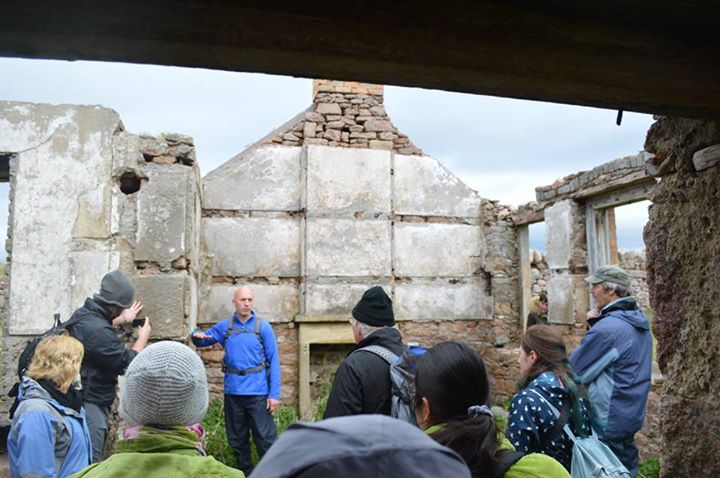 Time 5 hours to do the full coastal walk,

but can be shortened to suit all abilities.

Gola Island is only 1 mile from the Gweedore mainland from the pier in Machaire Gathlán ,             Visit the old school house, built in 1846 that had once housed about 70 pupils at its peak, and the children’s graveyard Reilig na bPáisti, the sea arch and the steep cliffs to the north of the island.

This place is very peaceful and rugged with plenty of sea birds for the wildlife enthusiast. Walk around the whole island will take at least 5 hours.  Suitable for families.  The Ferry can be arranged for us to be dropped off and picked up.

The Island of Gabhla is about 1 square mile or about 500 acres, the highest hill on the island is 68 mts in height and is called Cnoc an Choillín, and worth the climb for the 360 degree views off the surrounding islands and mainland.