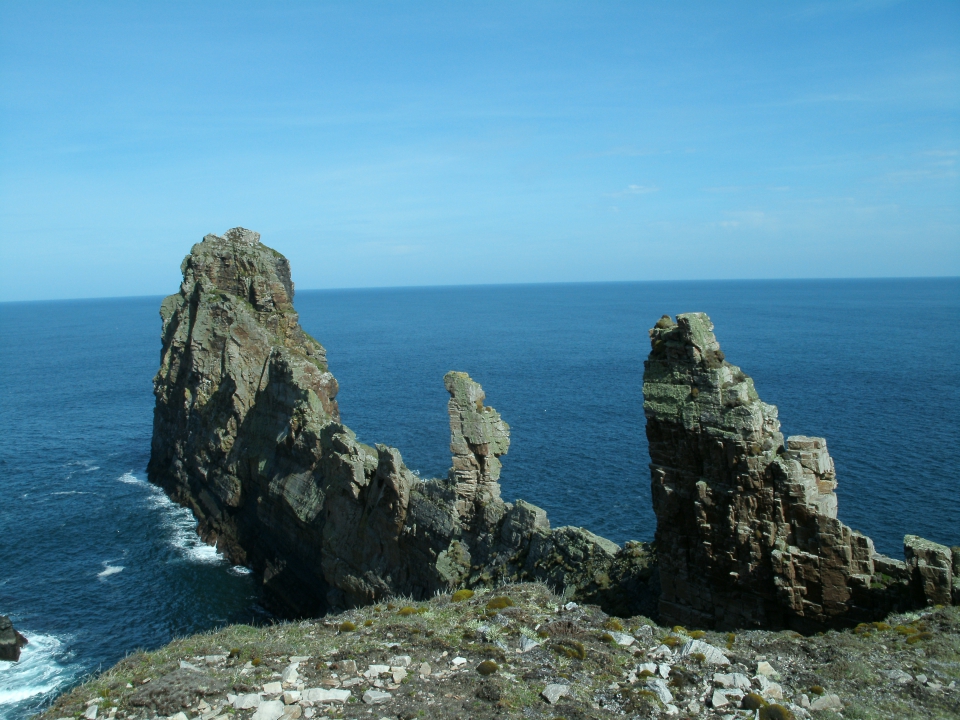 On booking this walk allow time for walk in between the daily ferry departures or else stay overnight,

Walk to east of the Island allow about 4 hours to enjoy the cliffs and Dún Bhaloir,

Walk to the west to take in the tower and the now unmanned lighthouse also allow about 4-5 hours,

Tory is an  magical and mystical island which is rich in Archaeological and monastic sites, lying 9 miles of the North West coast, with a daily ferry from Machaire Uí Robhartaigh pier, Tory has excellent walks to the East of this island if your into Steep cliffs with sea birds to the North, and as you look back to the mainland with commanding views of the Derryveagh Mountains and also of Bloody Foreland.

In west town you can visit the round tower built in the 6th or 7th century which was used to protect the monks from Viking and pirate raids,

It is said that St Colmcille came and founded a monastery here in the 7th century and Colmcille’s Bell hung in this tower until the 18th Century.

The Tua cross is 12th century is at the end of the pier as you enter Tory, and this unusual T shape suggests early sea faring links with the Coptic Christians of Egypt.

The Lighthouse here in Tory was built in 1832 on the North West corner of this remote and craggy Island, and it was manned until 1990 when it became automated, and it is said that a megalithic tomb recorded in 1910 was demolished unfortunately to build a wall around the lighthouse.