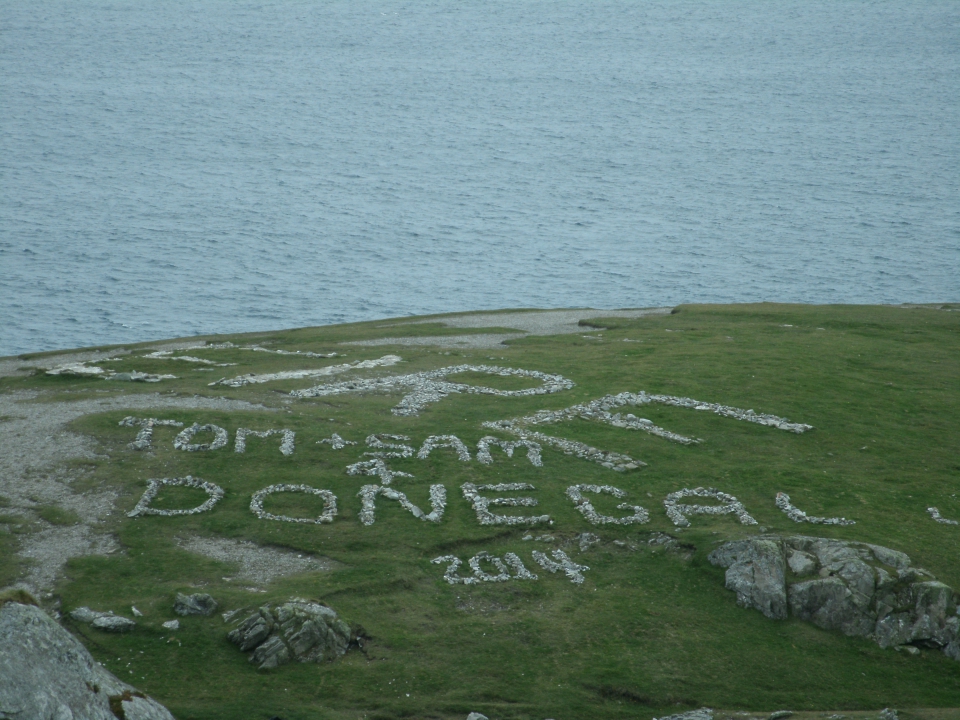 Starting off with a road walk to Banbas crown Irelands most northerly point with great 360 degree views,

Walk  … suitable for all ages …

This walk is along the most Northern coastal walk in Ireland, visiting Bamba’s crown named after one of Ireland’s spirits who had lived in Ireland before man.

The Tower here was built by the British as a lookout during the Napoleonic wars, and later as a signal tower for Lloyds shipping to monitor ships,

Watch out also for the word EIRE that is shaped in white stones to remind aircraft that they were flying over a neutral state during the war.

Stopping for photos of the Tower , which was built in 1905 for the Napoleonic War, and it was later used as a Lloyds signal tower …. We then hike along the cliff paths and the weather battered slopes with steep drops and watch the waves crashing the rocks below,

Heading then for an Inlet called Hell Hole and going in an anti clockwise direction taking in the views of Malin Head, as you feel the breeze of the Atlantic ocean on your face. Heading back to car park on some quite roads with views of white strand beaches.

have your lunch sitting on the edge of the Earth,

Slieve Snaght and the Poisoned Glen